Myths. We all believe in things that just are not true. For some, it’s the idea that the rich will let wealth trickle down to the poor 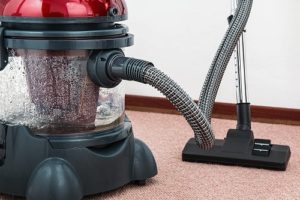 if taxes get cut. For others, it’s that cats always land on their feet. When it comes to carpet cleaning Perth, there more than a few out there.

Carpet cleaning can seem like the simplest of things. Vacuum regularly. Call professionals for a deeper cleaning once a year. Two simple things to remember. You can add a third by saying that any stains need to be cleaned immediately before they sit.

However, there are some prevalent myths that you run into in the carpet cleaning Perth business.

The biggest myth is that you don’t need to clean your carpet if you just bought it, say, last year.

This myth is tied to the notion that you don’t need to clean your carpet unless it looks dirty. Here’s the truth: if a carpet is showing signs of dirt, then the problem is already serious. It’s like water stains. The damage doesn’t become visible until there’s been a lot under the surface.

Most dirt that gets in the fibres is microscopic in nature. This can weave into the space between fibres, being grounded into them as you walk. This can cause damage that only starts to show when it’s already severe.

Another myth is that you don’t need a professional cleaning. After all, you can just rent a machine to do it yourself, right?

The carpet cleaning machines you can rent have one major flaw. They put a lot of water into the carpet. This means it takes a long time to dry, as there’s no way to get most of it back out. As it sits there drying, it is vulnerable to things like mould and damage.

It also means you can’t use that room until the carpeting is dry. As long as its wet, when you walk on it, you risk damaging it or making it dirty again prematurely.

The most annoying myth, from the perspective of someone who has to clean the carpets, is the idea that you can sprinkle deodorizer and it’ll be better.

This is so false that it hurts. A deodorizer does not remove or break down debris or dirt. All it does is mask the odour, but the source of it remains. Any damage remains. In other words, you are masking the problem and contributing to making it so much worse.